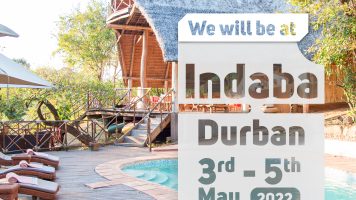 I am at the HQ of African Parks to meet with Samuel Kamoto, Park Manager for Nkhotakota Wildlife Reserve, to gain an understanding of the plans that have a direct impact on the guest experience at Tongole Wilderness Retreat.

Tongole Wilderness Retreat is an exclusive riverside lodge with just five high-end open-fronted suites overlooking the permanent Bua River, a magnet for wildlife activity. The retreat is the recipient of multiple awards, including honors for its ecological and community focus. The Tongole Foundation is dedicated to benefitting the local community and protecting the natural habitat through sustainable tourism, with dedicated and successful education programs along with building and restoring primary school infrastructure with the help of private funding and volunteers.

Samuel tells me that 42 kilometres of fencing recently completed the park perimeter, which minimises animal-human contact. Plus, 60 kilometres of roads have been built in the 1,974 km2 park, with more planned in 2022 to improve the game drive range and overall guest experience.

He talks me through in detail African Parks’ trident approach to conservation. This three-pronged approach involves law enforcement, environmental education and community engagement through strategies like the Nkhotakota Resource Use Programme that includes honey production, wild mushroom and medicinal plant foraging, sustainable harvesting of palm fronds, thatch, bamboo and reeds. These are enterprise initiatives that are building long-lasting value for the local communities, and ones that help them to live in harmony with the park and its inhabitants.

Since 2015 African Parks has introduced 500 elephants and 2,000 assorted other species.  Their promise is a simple but ambitious one: to “restore” Nhkotakota in the near future through additional reintroductions of endemic species such as black rhino, lion and leopards.

My ears prick up at the mention that the 150 camera traps have recorded proof of leopard as well as aardvark, civet, serval, honeybadger, red duiker and numerous antelope.

Sam confirms that the Nkhotakota Wildlife Reserve is also a mecca for bird-watchers: In 2021, Birdlife International declared the park an important bird area, with more than 280 species recorded and 20 on the International Union for Conservation of Nature (IUCN) Red List of threatened species. This includes the rare and vulnerable Taita falcon with fewer than 50 known nest sites throughout Africa.

I can vouch for the incredible and rich bird life in the park. While canoeing on the Bua River a flotilla of four fulvous ducks were attacked by a harrier hawk. The deadly precision of the aerial predator left three ducks in its wake.

I have worked in the travel industry for 30 years, and have visited protected areas in 16 countries in Africa, yet it strikes me how rarely I actually get the chance to visit – and in doing so help to fund a well-managed park like Nkhotakota, which is in its infancy of recovery, human resource and infra-structural deployment and phased, animal reintroductions still underway.

No, this is not a park where you can checklist a Big-Five game experience. Do not expect a cheetah to leap onto your bonnet for a photo opportunity. Instead, in Nkhotakota you experience grass roots conservation that involves wildlife still adapting to human interaction.

It is a raw and realistic nature experience, where you have to go searching for game and hope you get lucky – but that just makes finding them with a great guide, all the more rewarding.  It is a key part of the restoration and protection of Malawi’s rich biodiversity and the authentic narrative of conservation with the promise of tourism.

Nhkotakota is one of 19 parks across 10 biomes and 14.7 million hectares in Africa under the management and protection of African Parks for all future generations. And to quote one of African Parks’ own epithets: ‘What is not being managed is being lost!

I leave the cool confines of Sam’s air-conditioned office, hopeful that the phenomenal and profound impact of organisations like African Parks (and the Tongole Foundation) will pay both conservation and community dividends for Malawi over the next decade.

Pristine, remote and lesser-trodden tranches of well-managed wildernesses like Nkhotakota, are  unsullied by over-tourism and need the support of altruistic, socially conscientious and sustainable travellers in our post-pandemic world.